In preparation for the New Year, I’m profiling five Zero Gravity Businesses who have found their flight path to high-velocity growth. As we all begin to think about those New Year’s Resolutions, these businesses offer some great insights into thinking differently and shifting – from Gravity to Growth!

Chocomize was founded by three Columbia University grads who had to rethink their future thanks to the new economy. When they couldn’t find jobs, they decided to start their own business. But what to do?

Well, one of the founders accidentally left some granola, chocolate, M&Ms and Gummi Bears in his car. Well, it was hot and all of that “stuff” turned into a gooey chocolate mess. The guys threw it into the freezer. When they tried it – it was delicious. And Chocomize was born.

When they dug into the candy market, they learned two compelling things: 1) no one was offering customized chocolate bars and 2) the chocolate industry was growing – even in the new economy.

Chocomize launched at the beginning of the holiday season in 2009 and sold several thousand custom candy bars in the first weeks of existence. In four months the company was profitable and has demonstrated positive cash flow ever since. 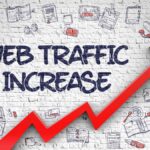 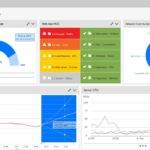