…Interaction, however before we do, let us review something recently written and published in Marketing Magazine, the author is Marc Ritson, Assistant Professor of Marketing at The London Business School.

“A pipe bursts in your house. When the local handyman arrives, he is carrying a large toolbox.

Without even looking at the pipe, he opens the box to reveal only one tool: a hammer. He takes it out and brings it crashing down on the broken pipe – for an hour. With the pipe destroyed, he asks for £100 and leaves.

This provides an accurate analogy for the state of the marketing communications industry.

The fanfare that greeted the emergence of integrated marketing communications in the early 90s has died away, leaving the industry uncomfortably aware that it still represents a series of one-trick ponies.

Like our handyman, each fails to diagnose the problem correctly and opts to solve all their clients’ communications issues with one tool.

Ask WPP chief executive Sir Martin Sorrell. He recently bemoaned the fact that most agencies ‘redefine every problem in terms of their proposed solution.’

For many Clients, tools such as advertising, PR or sponsorship will prove entirely ineffective no matter how well they are applied because they are wrong tool for the job.

Second, by combining two or more communication tools into an integrated campaign, a company is likely to realise significant synergies.

An integrated strategy that spreads its budget across a combination of PR, direct marketing and events marketing is guaranteed to have a greater impact than a campaign that opts to spend the total budget on just one of them.

The ideal model is obvious: a handyman with a variety of tools, who first studies the problem, then selects a combination of tools to solve the problem.

But this model has proved impossible to replicate in marketing communications terms. Despite owning an impressive list of different organisations that represent every major communications tools, WPP, for example, has consistently failed to get its organisations to work together for their clients’ common good.

The concept of an integrated campaign in which BPRI does the research, Added Value positions the brand, Landor designs the new corporate identity, Y & R does the media advertising, Burson-Marsteller does the PR and Ogilvy Direct runs the customer relationship management strategy, remains a pipe dream.

Integration on the supply side it seems, will never occur.

Turf wars, egos and a lack of common systems and understanding means agencies will remain segregated. The only potential site of integration resides on the demand side with the client. It is up to clients to diagnose their problems, select and motivate these groups to work in a single strategic agenda.

Unfortunately, clients with these skills, power and confidence to achieve this are thin on the ground. For now, integration will remain the Holy Grail of marketing.

In 1776, Thomas Paine wrote in Common Sense, “We have it in our power to begin the world over again. A situation, similar to the present hath not happened since the days of Noah until now.”

In that same year the American Revolution and the building of that New World was underway.

On the threshold of a new millennium, Interactive Communication has given us, the power to build a New World.

But as in Thomas Paine’s time, most have yet to grasp how different the newly forming world will be from the world that is passing. And many that are aware are afraid to embrace it, being so steeped in the status quo. and used to working only with hammers!

In 2003, we stand wide-eyed at the portal of another New World. Some of us, fearful of what is to be, look backward, pining for a simplicity that in reality we probably never experienced.

Others may be more like Dorothy who, after being cyclonically blown away from the greyness of Kansas, suddenly found herself standing in wide-eyed wonderment amid the colourful splendour and magic of Oz.

We may be tentative as Dorothy was; not quite sure of the meaning of all we see in this New World, but we are ready to move on. We want to see what the Wizard of Interaction has in store for us.

On the cost effectiveness of just one exposure to an interactive programme, Professor E.L. Roberto, PhD, Coca-Cola Foundation Professor of International Marketing had this to say after studying all the independent research:

“The Shopper’s Voice participating advertisements generated recall scores that are more than 50% productive than normal advertising. The effect on purchase intention is just as impressive if not much more”.

All these productivity increments are attainable at a reasonably inexpensive budget. One Shoppers’ Voice Client revealed that for its participating brand, its quarter television expenditure was $5.7 million as compared to its Shopper’s Voice budget of $0.5 million . This 1:10 ratio has been experienced in Shopper’s Voice in other countries.”

Many marketers seem unconcerned about the advent of Interactive Communication because they are not yet persuaded about the powerful benefits to be gained by using the technique despite the evidence.

Probably less concerned are research houses, however, the richness of personal information provided by consumers through the process of Interaction will significantly depreciate the value of standard research.

Consumers have generally tolerated uninvited marketing messages as a somewhat necessary evil. It was a price that had to be paid for access to most broadcast and print media.

Interactive Communication has laid down the foundation for changing this. Reminiscent of a Gary Larson cartoon, in which a deer peers at a hunter through the cross hairs of his own rifle, companies are becoming the target of consumers.

In this scenario and with the aid of interaction, consumers will manage their own marketing relationships, not vendors or marketers.

And in such a scenario, when a consumer has no need of a company, company access to that consumer will be shut off. Interactive Communication participants find it refreshing that they can get information in ways that track the personal grammar of their views, values, needs and lifestyle.

However, before advertisers can start reaping the benefits if interactive advertising, they must rise to the creative challenge posed by interactive services.

Although the cultural shift being demanded of the notoriously conservative advertising industry is huge and represents one of the major obstacles that the new media services will have to overcome, the new services do have one argument in their favour: they will eliminate waste.

They will reach targeted consumers and the commercial message can be immediately translated into a sales opportunity or even a sale.

What of the advertising agencies?

In terms of numbers, the laid back attitude of many agencies seems at first glance to be justifiable. Despite the huge proliferation of new interactive services and products in the past few years, the economics of the advertising business have barely been affected.

The vast majority of advertising revenue is spent on traditional media and, the growth of direct mail notwithstanding; the advertising agencies still control the transactions which take place between the advertiser and the media owner.

Yet as traditional spot and display advertising becomes less dominant, and as expenditure on commercials gives way to targeted selling using interactive technology.

Giving the consumer the opportunity to respond directly to the advertiser), the role of agencies as an interface between the advertiser and the customer will decline and a new productive age will have dawned. 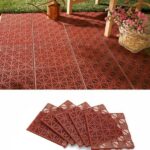 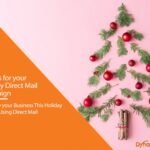 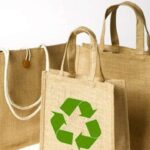 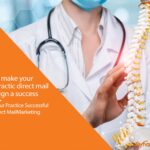 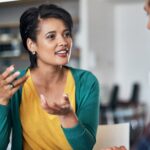